I am finally cracking into a book that I have had on my list for awhile now.  I saw her name on the social media of a few of the people I follow and it caught my attention.  What increased my interest was a book she wrote called Dakota.  For the first seven years of our marriage we called North Dakota our home.  I told people we would never leave.  I was going to die there (as an old woman).  We loved our home and the lives we had there.  As much as we loved it out in the wild wild west of the Dakotas both of our extended families were not there.  With so much traveling taking place and a request to have my husband come and interview near his ‘hometown’ we started looking for homes and other possible jobs.  It was time for us to leave ND.

All of that has very little do to with the rest of this post but it is the reason this author made it on my radar.  We had just moved away from a place that I loved and I found a book about that place by an author I had seen positive reviews and commentary on.  Funny thing is I haven’t even read that one yet!  I did pick up The Cloister Walk by Kathleen Norris from the library earlier this week though.  I am not far into it but by the second paragraph of the preface I was hooked.

Kathleen Norris goes and lives and abides under the Rule of a Benedict monastery.  The Cloister Walk is her story of those three years.  In that second paragraph she writes

The word “oblate” is from the Latin for “to offer” and Jesus himself is often refereed to as an “oblation” in the literature of the early church.  The ancient word “oblate” proved instructive for me.  Having no idea what it meant, I appreciated it’s rich history when I first looked it up in the dictionary.  But I also felt it presumptuous to claim to be an “offering” and was extremely reluctant to apply to myself a word that had so often been applied to Jesus Christ.  The monk who was my oblate director, guiding my studies of the Rule (a period that was suppose to last a year but rambled on for nearly three), waited patiently for me to sort out my muddle.  Finally I said to him “I can’t imagine why God would want me, of all people, as an offering.  But if God is foolish enough to take me as I am, I guess I’d better do it.”  The monk smiled broadly and said “You’re ready.”

The monk is right.  Her humility is in the right place.

(Also I can relate to the notion of something that was scheduled to last a year lasting for 3.) 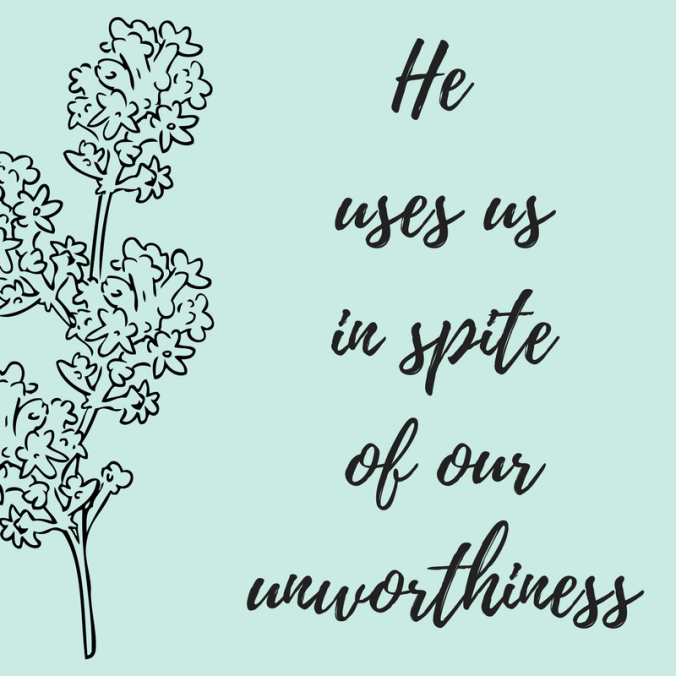 We are used by God.  In some places, in scripture, Christians are referred to as ‘living sacrifices’. 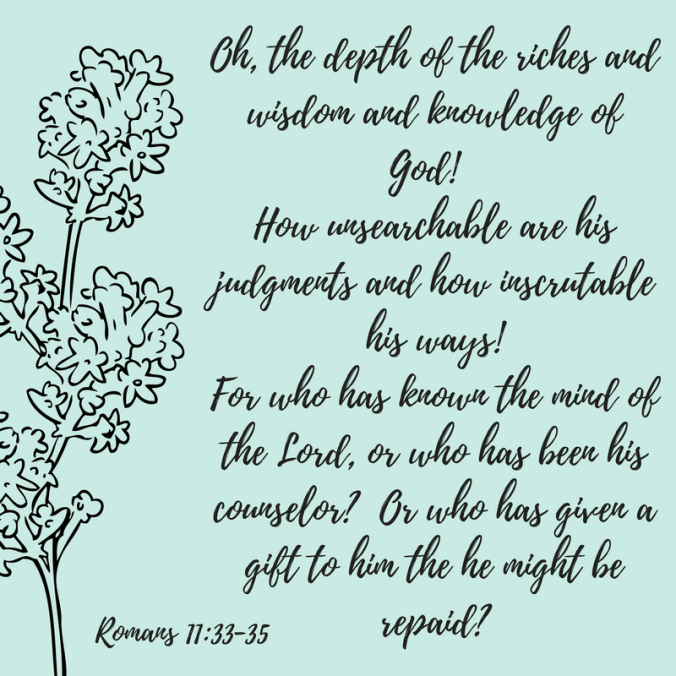 We can not know or understand all the ways that our God works.

Right after Paul speaks about how great the understanding of God is.  After he speaks about how deep and rich the wisdom of God is he encourages us to not reject God using us as living sacrifices.  We can be sure that the wisdom and the knowledge of God is greater than we can imagine.  Therefore we are not to reject being used by God.  No matter how far fetched it may sound to us.  No matter how unworthy we may think we are.  No matter how worthy we think we are the reality is we are not BUT God loves us and uses us in spite of that. 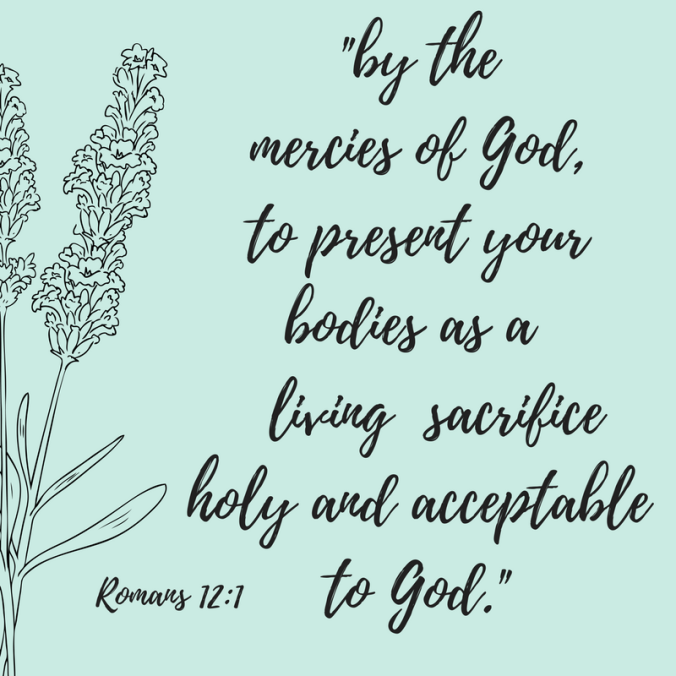 You can find the book I quoted at the beginning of the post by following this link.

The Cloister walk by Kathleen Norris 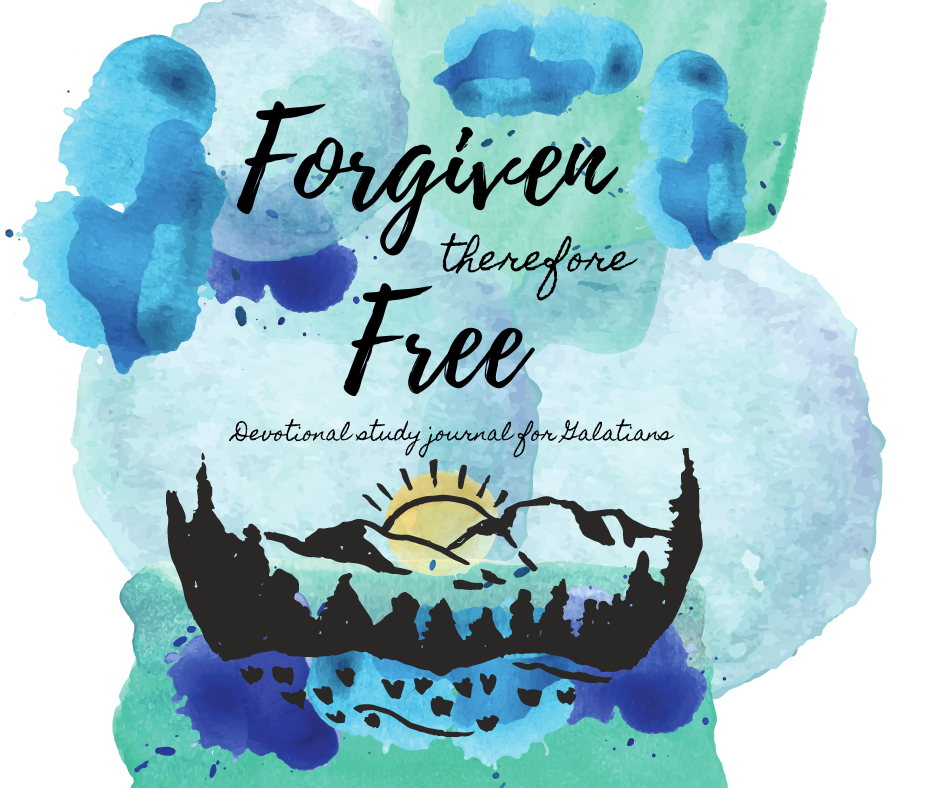 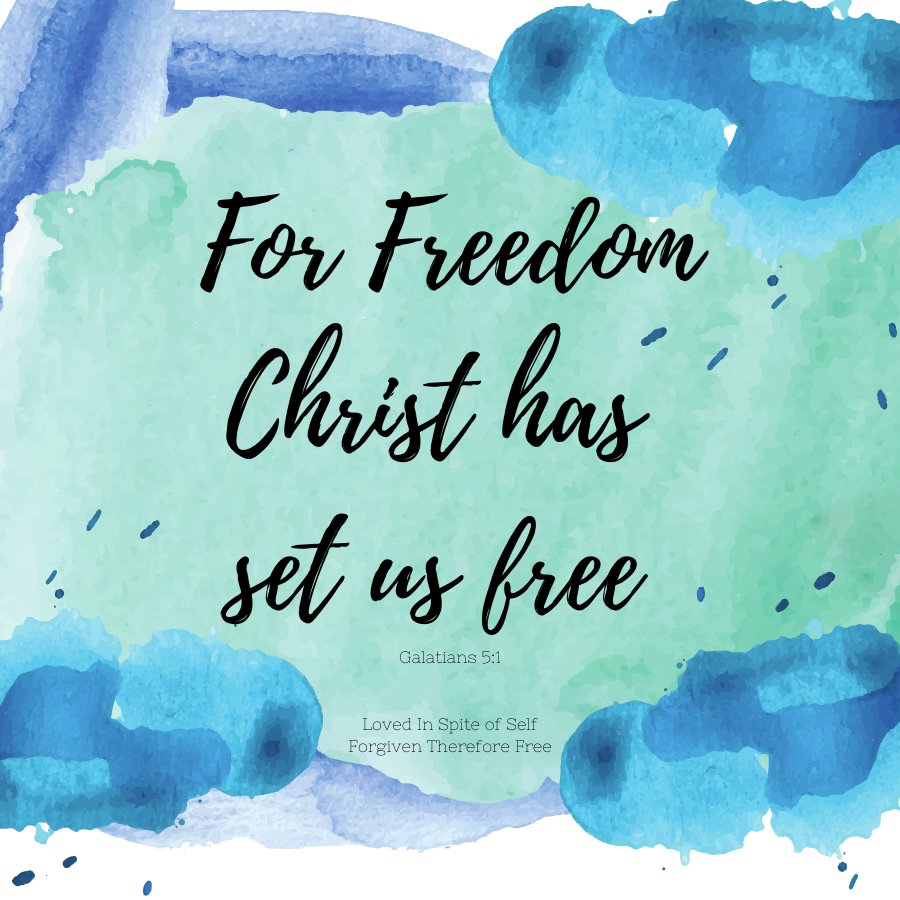